All of us are susceptible to bullshit on some level. Whether we have a car loan that’s too expensive or an unwanted timeshare, these circumstances involved us buying into bs that someone fed us.

Dealing with bs is part of life, and it’s hard to escape it no matter where you go. When you are at work though, bs can affect your job satisfaction and be detrimental to your career growth. So knowing how to recognize bs and work with people who are bs’ing you is important.

Some people tend to conflate lying with bullshit, but that’s not necessarily the correct way to characterize it.

A lie is intentionally misleading and is untruthful. Say your boss tells you that your request to transfer to a different department was rejected by upper management, when in reality, they never forwarded this request because they wanted to keep you on the team. That would be a lie.

BS, on the other hand, is not concerned with lies or the truth. It is merely a stream of information that has the purpose of getting the person what they want. Say you’re shopping for a new laptop at your favorite big box store and ask one of the store associates for some help with picking one out. The odds are that the person you talk to is bullshitting you on features of the laptop.

They’re not intentionally lying to you per se, but they are trying to sell you a laptop and may make some stuff up on the fly to get you to buy it.

In this scenario, bs helps the store associate sell a laptop and it also helps you have some peace of mind on your purchase. Unfortunately, your peace of mind is on shaky ground because you would have been better off researching multiple options and making an informed decision. But who has time for that?

BS works like this in a lot of other areas of life. People like having assurance and peace of mind from others who seem knowledgeable, and they usually will not take extra steps to confirm bs claims because it’s easier to believe them.

And this is how bs is allowed to flourish in the workplace.

BS Artists in the Office

Offices are prime grounds for bs. Between unreasonably tight deadlines, competition for promotions, and unfair situations, people may feel compelled to use bs to get through uncomfortable situations and to bolster their image within the company.

BS isn’t always harmful, but sometimes it can contribute to a toxic work environment. For example, if someone uses bs to move up and receive company perks without seemingly demonstrating the necessary experience, skill, and aptitude, then this may cause resentment amongst other people who are contributing for real.

Once the root of resentment is allowed to grow, then toxic gossip and rumors grow out of control. This eventually leads to people leaving, terminations, or reprimands. So recognizing bs and how to manage it is an important skill to develop and will help you steer clear of office drama.

Seeing bs as it comes your way isn’t always easy, and until you develop your internal bs detector, a lot of this recognition will come in retrospect.

That doesn’t mean you can’t start learning and understanding some of the signs of bs. And some of these signs are easier to see than others. So let’s take a look at how bs may manifest itself in your workplace.

If someone uses catchy corporate buzzwords that aren’t used in your office, then they are probably bullshitting you.

Generally, these words or phrases get used during a conversation about how the company should be doing things or some grand scheme. If you google these terms, you will often find that the person misuses the word or hasn’t considered whether these ideas even make sense for your organization.

That’s not to say that the use of buzzwords is always indicative of bs. Sometimes someone simply wants to have a conversation about something new they learned, and this new thing happens to be a buzzword.

However, if the person casually drops the buzzword in a conversation and doesn’t explain what it means, it’s probably bs. They’re using inflated language to make you feel ignorant or insignificant.

If a person spends an excessive amount of time talking about their accomplishments and how valuable they are to the company, they are probably bs’ing you.

Sometimes people will try to dress up things that are part of their job description as though it’s a significant accomplishment of some kind. This could involve assigning some monetary value of savings to a basic task that falls within their realm of responsibility or glorifying any extra efforts such as working a little overtime or doing something outside of their job title.

People who do the same job aren’t typically impressed by this bs. However, the management or junior staff may buy into the bs if they are incredibly charismatic because they don’t know any better.

Monday morning rolls around, and your boss walks in and starts in about how there will be some changes and starts throwing out new ideas on how things are going to be moving forward. They may even mix it up with a few corporate buzzwords!

Your boss probably read a book about a fad management style and is now trying to put these ideas into motion. The problem is that management fads are often simplified solutions for simplified problems and are rehashed ideas with a new label so someone can sell a book.

Now, you should try to cut your boss some slack, because management is hard. And by reading a management fad book, it’s evident that your boss is trying to improve. So, this isn’t necessarily malicious intent, but there is definitely going to be some bs involved.

How to Handle BS

The nice thing about bs is that it builds upon a fragile framework that can easily be dismantled with questions.

This doesn’t mean you should be sarcastic or rhetorical with your questions and come across as condescending or insulting. There’s a chance that the person who is engaging in the bs may be covering for something, and exposing their bs too harshly could trigger a defensive reaction that would backfire.

So unless you want a confrontation, try to appear helpful and objective with your questions.

This means asking questions like “Could you please explain what you mean by that?” or “how do you see that working here?” Allow the person to fully express their idea and ask follow up questions to get more detail. Also, don’t be afraid to embrace silence after they finish talking, so you have time to consider what they’ve said.

Asking the person about the drawbacks of the idea is also helpful in identifying bs, because anyone who has thoroughly explored an idea will know of the cons.

Remember, the goal here isn’t to put the person on the spot or make them look bad; it’s to subtly let them know that their bs doesn’t work on you. That way, you maintain appearances as a team player, and they try to sell their bs elsewhere.

The Science of BS

A study by scientists at Yale University asked participants to rate their knowledge of items such as a zipper, toilet, or helicopter on a scale of 1 to 7. Subsequently, these participants provided a detailed explanation of how each item works, and then they compared their explanation to an expert description.

The result of this test was that nearly all participants dropped their initial estimate of their knowledge on the items. This shows that people will often overestimate their understanding of a particular topic and use bs to fill in the details.

This also brings to mind a cognitive bias known as the Dunning-Kruger Effect, wherein people vastly overestimate their knowledge on a topic because they are ignorant of their incompetence on the matter. So think about this the next time you are scrolling through your favorite social media website, looking at comments on hot button issues.

Get Your Bullshit in Order Too

Consciously or subconsciously, you have decided to believe certain things, and these beliefs stem from a lifetime of experiences. Perhaps you take comfort in substantiating these beliefs from time to time, but confirmation bias is a real thing, and it can get in the way of your personal and professional growth and development.

So, you should periodically take a step back and examine your bs. And try to get comfortable with the idea that you could be wrong about something you believe.

This doesn’t mean you are wrong about everything. But if someone or something challenges a notion you hold, don’t be afraid to say, “that doesn’t line up with what I believe, but let’s take a minute to look into the facts.” Because you may be wrong, or maybe you are technically right, but still don’t understand the full story.

And look into real sources that back up their claims with proven data, not your favorite entertainment news website that misconstrues data to fit an emotional narrative built to generate advertising revenue. Remember, you’re trying to avoid confirmation bias, and you should prepare yourself mentally to accept a change in perspective.

Who knows, maybe you will learn something, and you may be right after all!

Bs at the workplace is nothing to get down about. It’s just a natural part of life, and you will encounter a lot of it throughout your career.

Keep in mind that while bs can be malicious, some bs is well-intended. Someone may be trying to bs their way through a conversation on a popular show in order to appear sociable, or they may be trying to humor you on your favorite band.

So with that in mind, learn to recognize bs in all of its forms, and understand that not all bs has to be dealt with head-on.

You Screwed up at Work, but That’s Okay 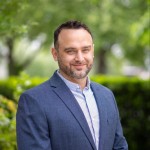 Jason has over 20 years of professional and managerial work experience and has an educational background in business management. He likes to keep up with the latest business and management trends and currently works for an engineering firm in the Puget Sound region.

No one likes to get dissed, not you, and not your coworkers. Disrespect comes in many forms, and perhaps even you are guilty of being disrespectful. And while rude behavior...

During challenging times, such as weeks of long work hours and deadline crunches, our daily routines often go out the window, and we go into some kind of survival mode....

You Screwed up at Work, but That’s Okay

Screwups happen at work all the time, in fact, the typical employee makes 118 mistakes per year. While some mistakes are worse than others, screwing up at the office isn’t...

Comments are now closed for this article.

Desk Plants in your Workspace – Create an Office Perk

Any cookies that may not be particularly necessary for the website to function and is used specifically to collect user personal data via analytics, ads, other embedded contents are termed as non-necessary cookies. It is mandatory to procure user consent prior to running these cookies on your website.